Phoenix was pleased to be asked and assist in the building of four garden boxes for the Pine Grove Nursing Home in Fredericton, NB. The garden boxes will be used by residents and staff to grow vegetables to be used at the home. 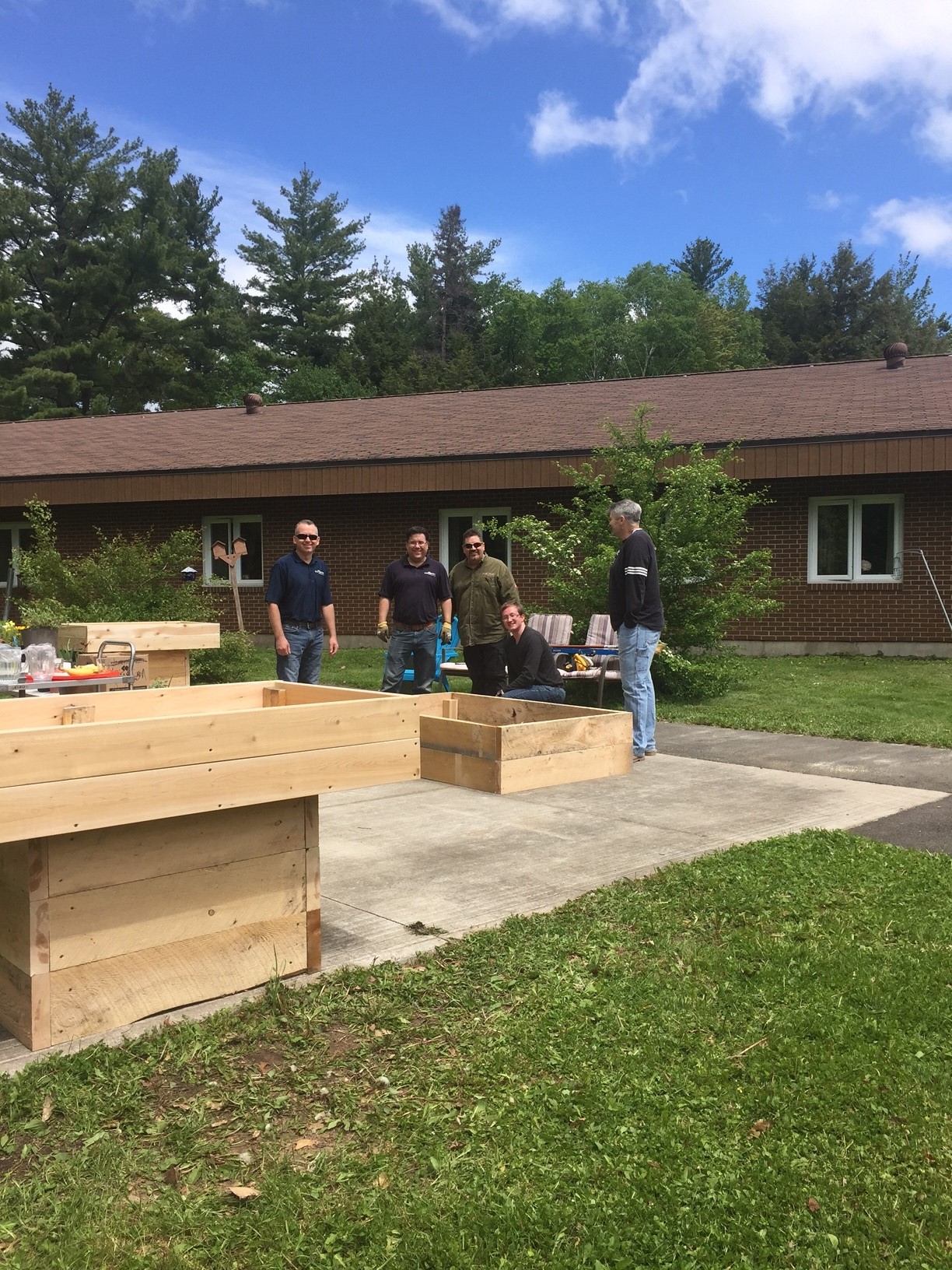 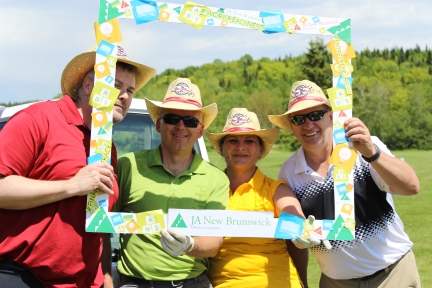 Phoenix Petroleum is pleased to have recieved the corporate award at the Pitney Bowes Sports Award ceremony. Kidsport says "Phoenix Petroleum has been a fantastic company that helps raise thousands of dollars through their annual KidSport Chairty Golf Tournament.  Thank you Phoenix Petroleum for all your hard work!" 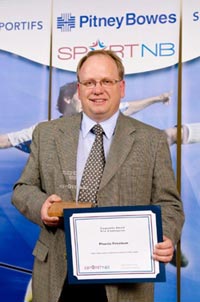 Petroleum is proud to be a gold sponsor of the Atlantic Attack. We wish them all luck in their inaugural season in the National Ringette League.

August 22nd, 2014 - Phoenix Petroleum Ltd. hosted the 6th annual charity golf event in support of Kidsport. Each year, Phoenix strives to make the tournament more successful than the last and with the support of our clients, customers and suppliers we were able to make a donation to KidSport this year totalling $8400.00.  Thank you once again to all who are a part of making this happen in support of helping youth get off the sidelines and into the game. 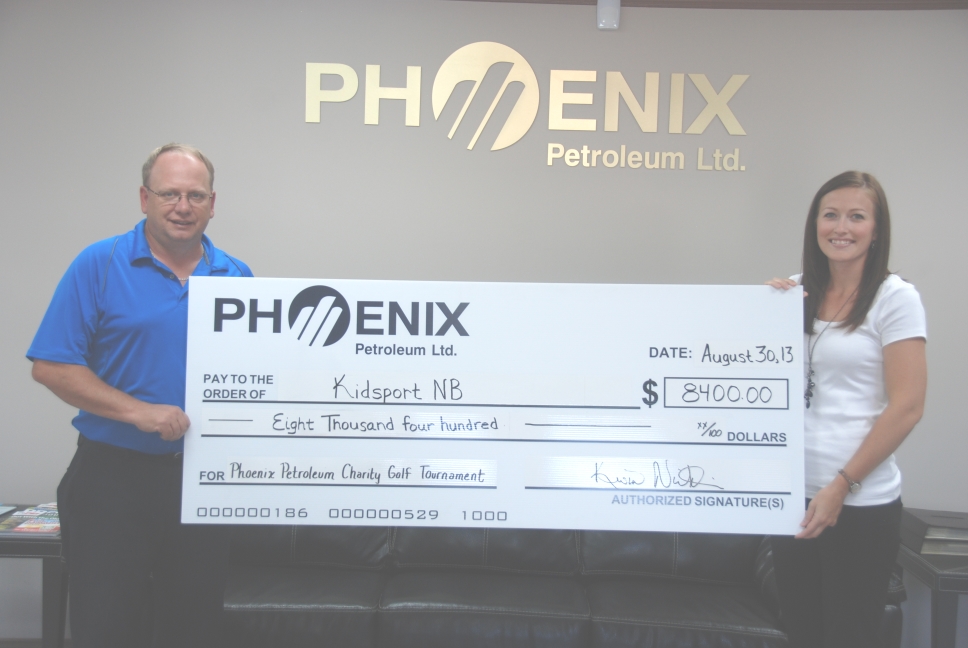 The 2012 Kidsport Charity Golf Tournament was held on August 23rd at the Kingswood Course. The 2012 event allowed Phoenix Petroleum Ltd. to donate $7500.00 this year. Thank you to all who attended and participated in the tournament and we would also like to thank all of the sponsors who help to make this event such a success each year.

2011 Kidsport Golf Tournment was held on August 18th
or kidsport. Phoenix would like to thank everyone whoat the Kingswood Golf Tournment. The event raised $7,432.50 participated in the tournament and we look forward to seeing you this coming year. 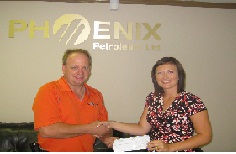 Phoenix Petroleum Ltd. hosted its third annual charity golf tournament at Mactaquac Golf Club, this was the most successful one yet. The event raised $6,500 for Kidsport this year, with a three-year total of $15,500. Phoenix is proud to be helping with Kidsports goals and making a difference in a child's life. 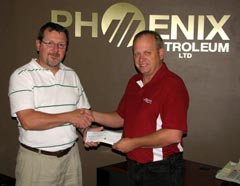 With the first years golf tournament being such a success Phoenix Petroleum was excited for 2009`s. We believe that every child should get a chance to be active and be part of a team so, Phoenix Petroleum Ltd. donated all the money raised from their 2nd annual golf tournament to KidSport NB. The tournament was held at the Mactaquac Golf Course and was a great success, bringing in $5,000 for KidSport. 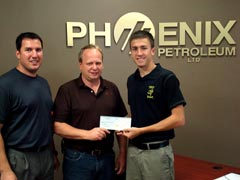 Phoenix Petroleum Ltd feels like it is important for every child to get an equal chance and nobody should be left on the sidelines because of financial reasons. This is why in 2008 Phoenix started their first annual Kidsport Golf Tournment. Phoenix Petroleum Ltd. approached Sport NB with the plan to organize a golf tournament for their customers and staff and donating the proceeds to the KidSport program. Phoenix raised $4,000 in their first year.

Phoenix Petroleum Ltd. believes it is important to support higher education. For the past four years Phoenix has been giving out a scholarship to a student at Minto Memorial High School. The scholarship is $500 a year totalling $2000 in four years. It focuses on high levels of athletic involvement while maintaining a strong academic average. For the past two years Phoenix Petroleum Ltd. also has been giving out a bursary totalling $500 to a ringette player with high academic standing. If there are no ringette players graduating it will go to a deserving athlete. Through this program Phoenix has been able to support students with their future goals. 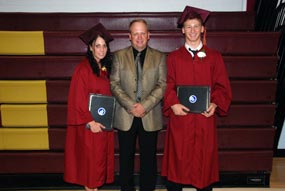 Phoenix Petroleum LTD. is pleased to have supported the under nineteen Phoenix Petroleum Capital Thunder ringette team. The team went on to be the 2010 NB team and represented New Brunswick in the Canadian Ringette Championships. Phoenix is proud to have been able to be a part of getting these ladies to Nationals.

After noticing that Minto Memorial High Schools women’s basketball jerseys were not in great shape. Phoenix Petroleum Ltd. was pleased to be asked to replace them. Now the tigers are ready for next season. 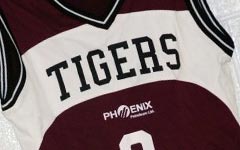 Phoenix Petroleum Ltd. has been a Platinum sponsor of the Grand Lake Moose Wild Moose Jr B hockey team for many years now. 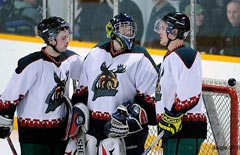 Phoenix PetroleumLtd. has been sponsoring the Miss Minto Pageant for the past two years. Phoenix would like to Congratulate all the winners. 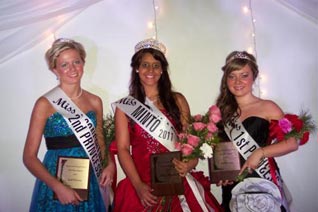 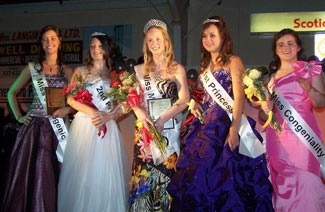